Cybersecurity intrusions have increased at an unprecedented rate due to the current pandemic situation as well as the increased adoption of digital initiatives.

To remain competitive, businesses incorporate the use of web applications to complete daily tasks whilst remaining oblivious to the dangers that come with it.

What is a Web Application Firewall (WAF)?

WAF such as FortiWeb from Fortinet Malaysia is one of the web security defensive mechanisms deployed by businesses all over the globe to protect Layer 7 or Application Layer from web-based security threats.

It secures business-critical web apps from the OWASP Top 10, zero-day threats, known or unknown application vulnerabilities, as well as an array of other web application layer attacks that impact the community.

The primary role of such web application firewalls is to actively monitor, detect, and mitigate web security threats that can potentially disrupt critical web operations, damage the data present on IT equipment such as servers while reporting suspicious activities, and stop malicious unauthorized attempts.

In a nutshell, WAF is a critical component of web security and is used to increase the security of web applications and services.

Many people are taking their business online to remain competitive and the way their business uses the Internet has dramatically changed in the past decade.

They embraced digital transformation by incorporating the use of web applications to complete daily tasks and store vast amounts of data online. These web applications can be accessed anywhere and on any device.

Data breaches are expensive and according to the 2020 Cost of Data Breach Report, the average cost of a data breach to businesses is US$3.86 million.

Despite this, a study claimed that out of three web applications, one was graded as having a low level of web security which leads to having a greater risk of cyber threats.

A breach on a web application causes several problems and if the breach is made into a news headline, it will damage the company’s reputation, put its data at risk, and affect the company’s credibility.

A WAF or Web Application Firewall is the most effective tool for monitoring and filtering malicious traffic to protect web applications and Application Programming Interfaces (APIs).

Hackers today have become increasingly adept at disguising their code to breach a web application. However, WAF with its ability to scan every HTTP request can help a company strengthen its web application security and better safeguard its data from evolving threats. 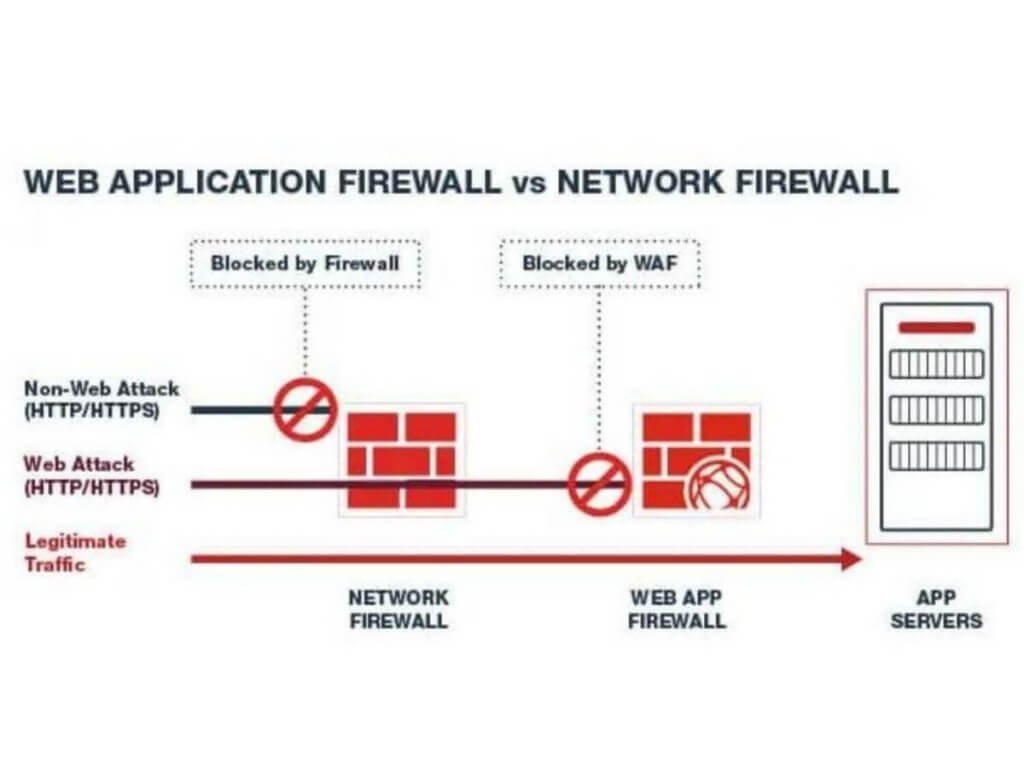 Deployment of a WAF solution can enable you to integrate the element of security in your web applications, Application Programming Interfaces (APIs), products, services, and processes.

To begin with, below are some of the most common security threats that WAF solutions can prevent.

Attackers can inject malicious code by exploiting untrusted data sent to an interpreter as part of a command or query.

Hackers can assume other users’ identities through compromised passwords, API tokens, or other authentication flaws.

Improper restrictions on authenticated users are to be exploited by attackers to access confidential files without authorization.

Insecure or incomplete default configurations can lead to security misconfiguration which contributes to a breach in a web application.

XSS vulnerabilities in a web application often lead to script execution without validation by hackers who can hijack user sessions.

Insecure deserialization enables cybercriminals to perform an attack on a web application by executing code and gaining remote access to web databases.

Components with known vulnerabilities can be exploited by attackers because it runs with the same privileges as the application.

Web applications that enable users to upload their own content are vulnerable to malicious code payloads from cybercriminals.

Attackers are increasingly adept at disguising their code to exploit flaws with no signatures that exist before on a web application.

Any newly discovered vulnerabilities on a web application are to be misused by hackers to perform a cyber attack on the same day.

Cybercriminals may attempt to overwhelm a web application with unusual levels of incoming traffic from different sources at the same time.

Web application firewalls (WAF) are widely available on the market. However, they are not all made equal. Different types of WAFs have different benefits and drawbacks, therefore it’s important to know the distinctions before making a well-informed decision. 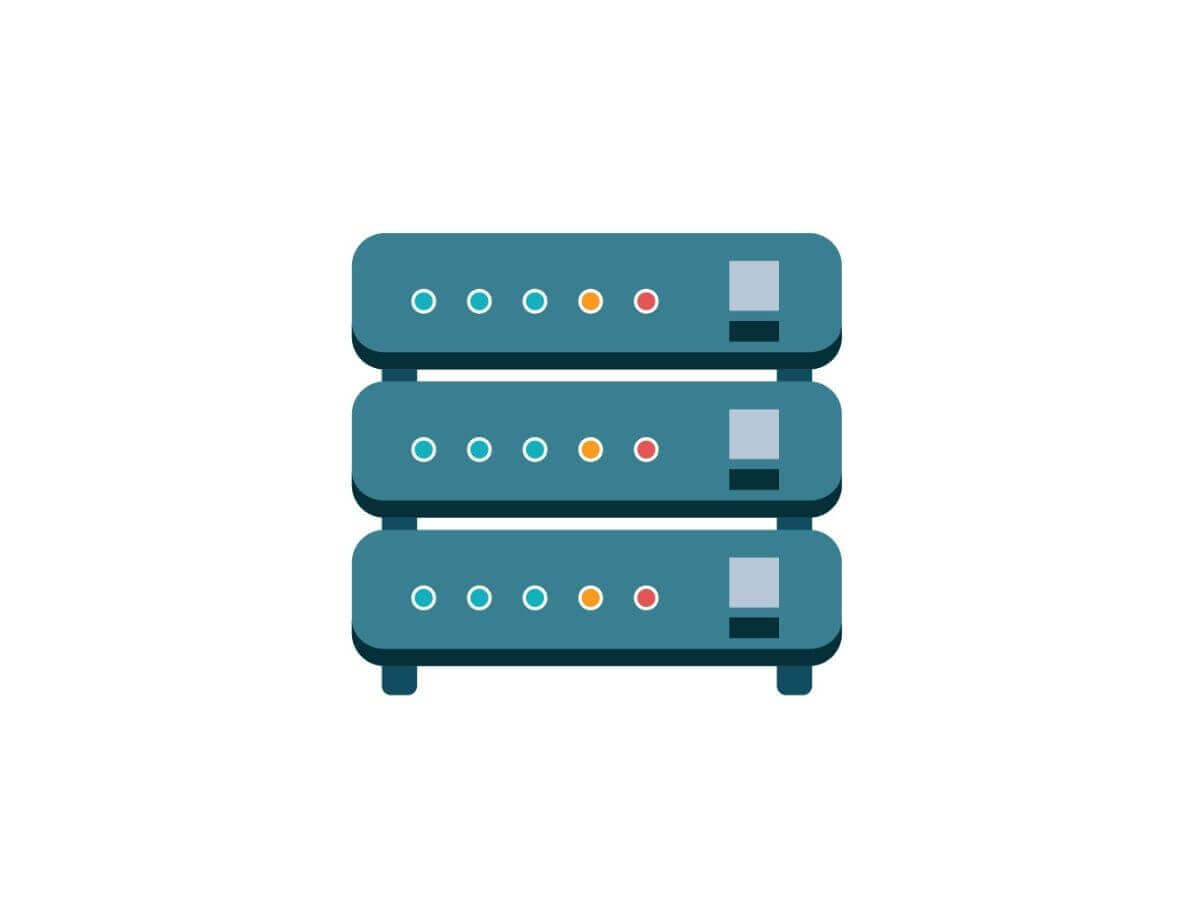 A hardware-based WAF is implemented using a hardware appliance that is put locally on the LAN near the web and application servers. Within the appliance, there is an operating system that supports software configurations and updates.

The most significant benefit of a hardware-based WAF is its high speed and performance. It tracks and filters data packets to and from the website with very low latency due to its physical closeness to the server.

The main disadvantage is the high cost of buying and maintaining hardware devices. Hardware-based WAFs are more expensive than other forms of WAFs in terms of the acquisition, installation, storage, and maintenance.

Large enterprises with hundreds of thousands of daily visitors frequently employ a hardware-based WAF. This is because, in order to efficiently serve such a large number of clients, speed and performance must take precedence.

Furthermore, the administration and operating costs of running hardware are relatively affordable for most major businesses. 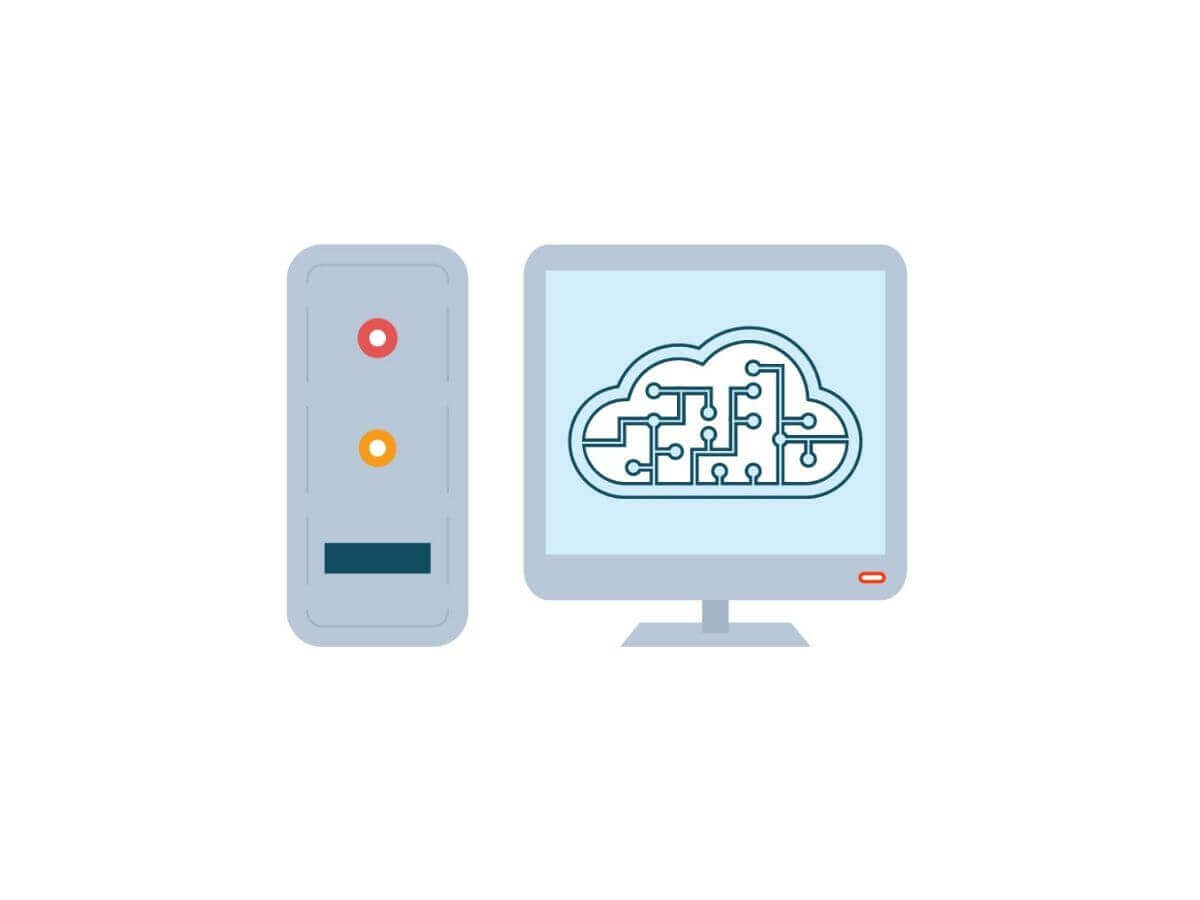 Instead of a physical hardware appliance, a software-based WAF is placed on a virtual machine (VM). All of the WAF components are very identical to those found in a hardware WAF. The main difference is that customers would need to run the virtual machine on their own hypervisor.

The flexibility of a software-based WAF is its primary benefit. The virtual machine can be utilized not only in an on-premises system but also in the cloud, connecting to cloud-based web and application servers.

Software WAFs are clearly common in large enterprises using cloud-based web and application servers, such as data centers and hosting providers. They’re also popular with small and medium-sized businesses looking for a low-cost way to defend their web applications. 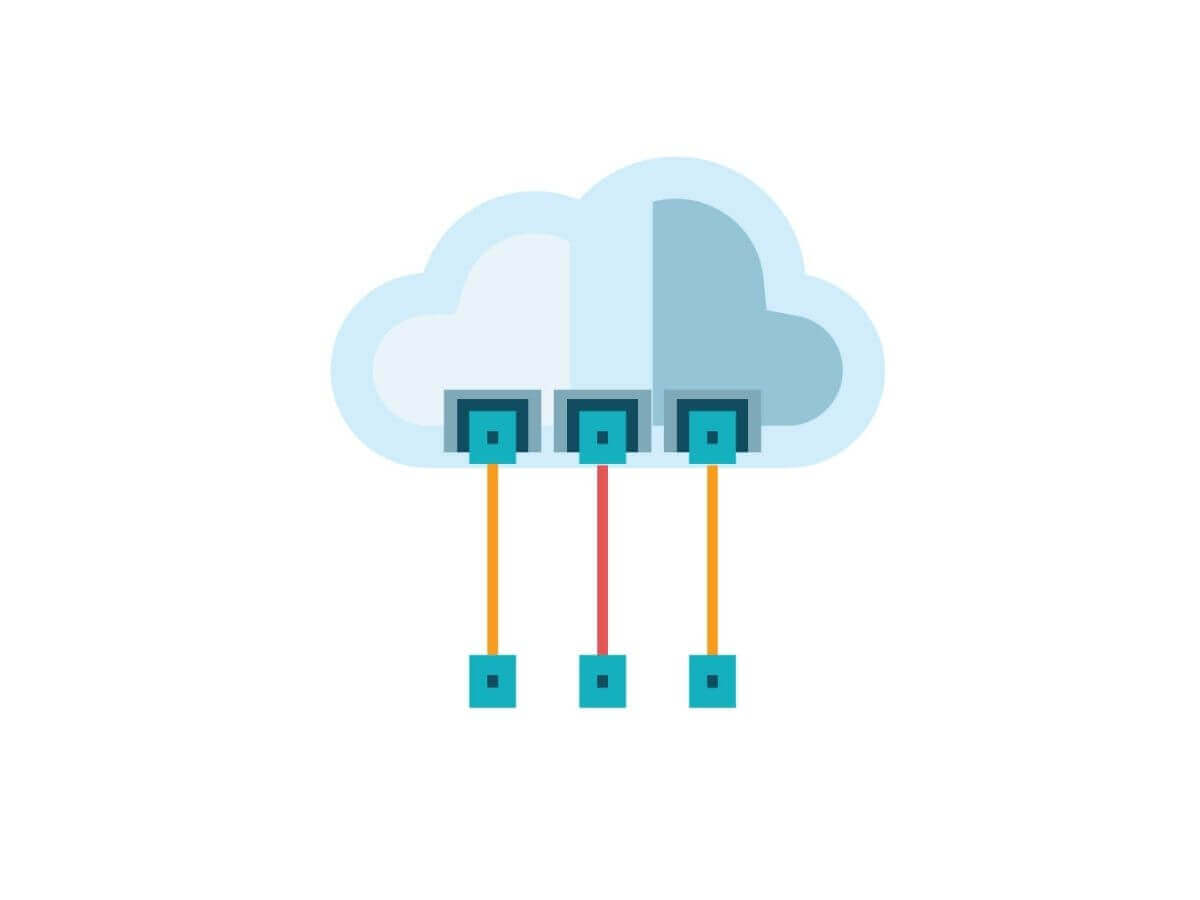 A cloud-based WAF is a newer generation of WAF that is delivered and managed directly by a service provider via SaaS. (software-as-a-service). Unlike software-based, the WAF is totally hosted in the cloud, requiring the user to install nothing locally or on any virtual machines.

The main benefit is that it is simple. The user merely needs to sign up for a subscription plan and does not need to install any software. The service provider handles all of the optimization and upgrades, so the user doesn’t have to worry about it.

The negative, on the other hand, is that because the WAF is completely maintained by the service provider, there is little space for personalization.

Cloud-based WAFs are excellent for most small and medium-sized businesses, as they do not require physical storage or manual maintenance, and they are ideal for businesses that do not have a lot of extra resources to run a WAF. 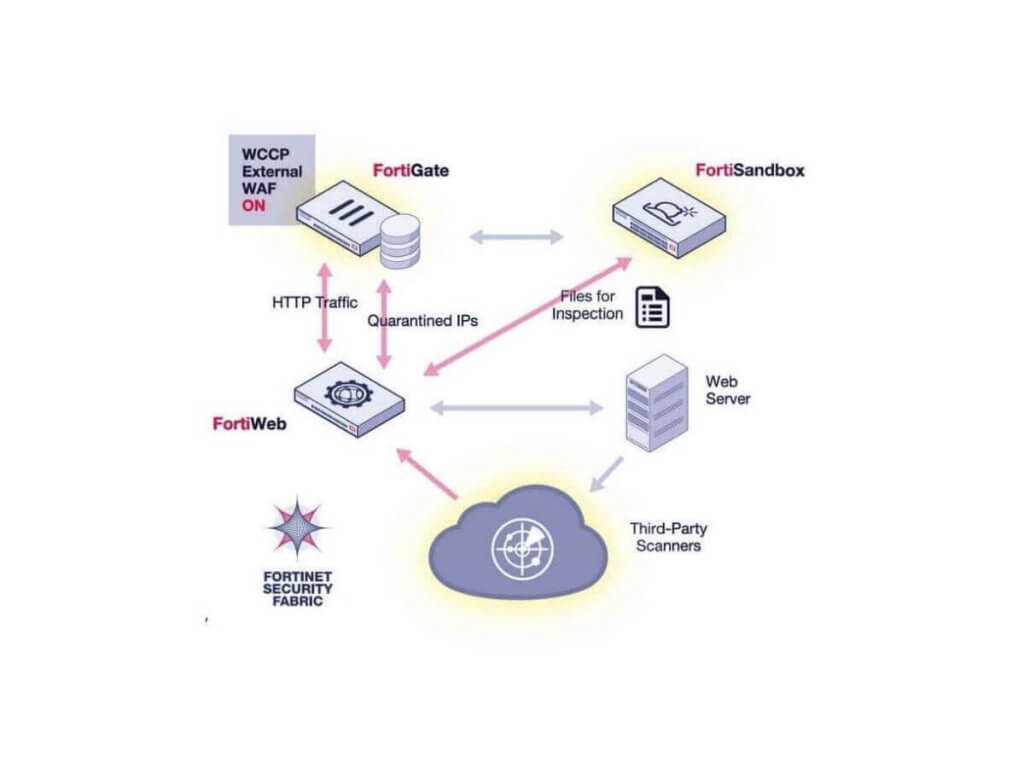 FortiWeb is a web application firewall that protects your business-critical web applications from attacks. It targets known and unknown vulnerabilities, providing you with the peace of mind that your applications are safe and secure.

FortiWeb is easy to deploy and manage, making it the perfect solution for your organization’s web security needs. FortiWeb gives you the most control over your virtual and hybrid environments.

Virtual FortiWeb devices offer all of the same capabilities as the hardware-based devices and are compatible with all of the leading hypervisors, including VMware, Microsoft Hyper-V, Citrix XenServer, Open Source Xen, and KVM.

It usually defends online applications against threats including cross-site forgery, cross-site scripting (XSS), file inclusion, and SQL injection. A WAF (in the OSI model) is a protocol layer 7 defense that is not designed to fight against all forms of web attacks.

This type of attack mitigation is usually part of a larger set of technologies that work together to provide comprehensive protection against a variety of threats. A web application is shielded from the Internet when a WAF is deployed in front of it.

A WAF is a type of reverse proxy that protects the server from exposure by having clients pass through the WAF before reaching the server.

While a proxy server protects the identity of a client machine by using an intermediary, a WAF protects the server from exposure by having clients pass through the WAF before reaching the server.

Which firewall is positioned between a web application and the Internet?

A Web Application Firewall (WAF) exists between a web application and the Internet. Its purpose is to protect the web application from attacks, such as SQL injection and cross-site scripting (XSS).

A WAF can be either a hardware appliance, software program, or cloud service. When implemented as an appliance, it is usually a physical device that sits in line with the web servers.

The appliance inspects web traffic destined for the web servers, blocks malicious requests, and forwards clean traffic to the servers.

What is the difference between WAF and NGFW?

Next-generation firewalls include a solid traditional firewall base, including VPN compatibility and basic packet filtering, as well as deep packet inspection, antivirus inspection, website blocking, and a slew of additional network security features.

In reality, intrusion prevention systems, or IPS, are included in many next-generation firewalls. Although NGFWs provide additional protection, they are typically incapable of dealing with application vulnerabilities.

A Web Application Firewall, on the other hand, is typically a cloud-based appliance with sophisticated rules to protect against common application-layer attacks such as SQL Injection, Cross-Site Scripting, and Cross-Site Request Forgery.

Above all, WAF may be set up to learn new rules in real-time and block possible attacks. It also aids in the prevention of DDoS attacks on multiple levels.

How many Owasp top web vulnerabilities are there?

At the time of this writing, there are 10 major types of web vulnerabilities that are currently included in the OWASP Top 10. Each of these vulnerabilities can be exploited to allow an attacker to take control of a web application or steal user data.

Protect Your Web Applications Now With Our WAF Solution 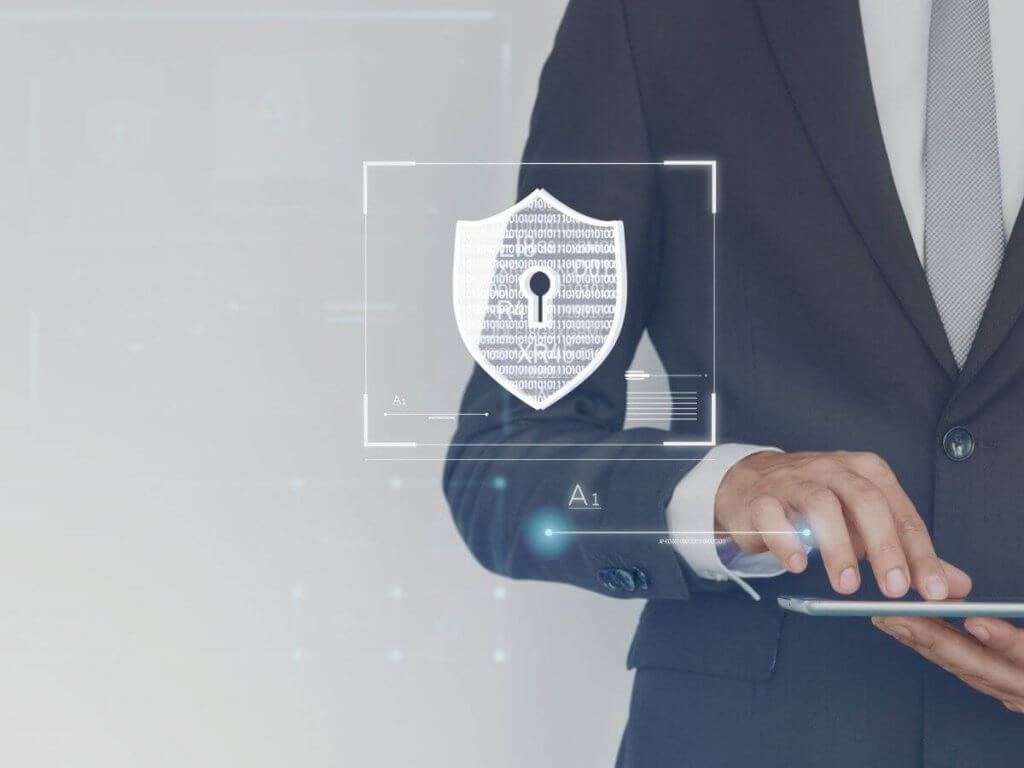 WAF or Web Application Firewall is one of the most important web security defensive mechanisms to protect web applications and Application Programming Interfaces (APIs) against emerging cyber threats.

A WAF solution such as FortiWeb is available in physical, virtual appliances, and containers deployed on-site or in the public cloud to serve any size of the organization — from small businesses to service providers, carriers, and large enterprises. Talk to us at Spectrum Edge, to get your own WAF protection.